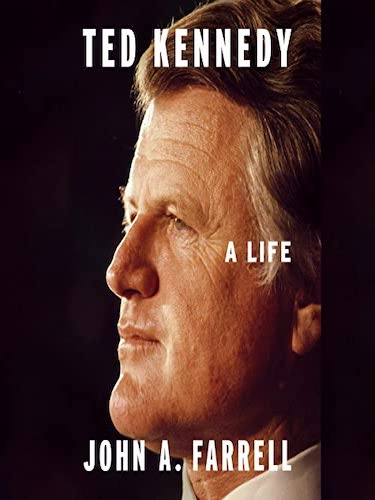 An enthralling and ground-breaking new biography of one of modern America’s most fascinating and consequential political figures, drawing on important new sources, by an award-winning biographer who covered Kennedy closely for many years. John A. Farrell’s magnificent biography of Edward M. Kennedy is the first single-volume life of the great figure since his death. Farrell’s long acquaintance with the Kennedy universe and the acclaim accorded his previous books—including his New York Times bestselling biography of Richard Nixon, a finalist for the Pulitzer Prize—helped garner him access to a remarkable range of new sources, including segments of Kennedy’s personal diary and his private confessions to members of his family in the days that followed the accident on Chappaquiddick. Farrell is, without question, one of America’s greatest political biographers and a storyteller of deep wisdom and empathy. His book does full justice to this famously epic and turbulent life of almost unimaginable tragedy and triumph. White Pine: American History and the Tree that Made a Nation