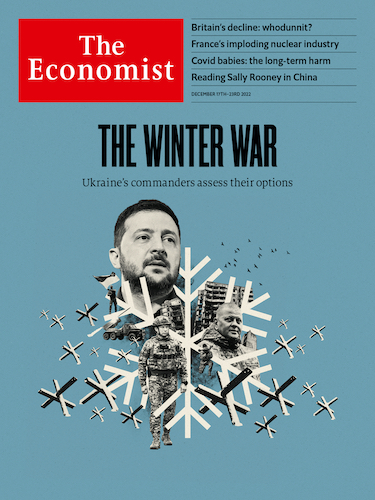 It is not only The Economist’s name that people find baffling. Here are some other common questions.
First, why does it call itself a newspaper? Even when The Economist incorporated the Bankers’ Gazette and Railway Monitor from 1845 to 1932, it also described itself as “a political, literary and general newspaper”.
It still does so because, in addition to offering analysis and opinion, it tries in each issue to cover the main events—business and political—of the week. It goes to press on Thursdays and, printed simultaneously in six countries, is available in most of the world’s main cities the following day or soon after. Readers everywhere get the same editorial matter. The advertisements differ. The running order of the sections, and sometimes the cover, also differ. But the words are the same, except that each week readers in Britain get a few extra pages devoted to British news.
Why is it anonymous? Many hands write The Economist, but it speaks with a collective voice. Leaders are discussed, often disputed, each week in meetings that are open to all members of the editorial staff. Journalists often co-operate on articles. And some articles are heavily edited. The main reason for anonymity, however, is a belief that what is written is more important than who writes it. As Geoffrey Crowther, editor from 1938 to 1956, put it, anonymity keeps the editor “not the master but the servant of something far greater than himself. You can call that ancestor-worship if you wish, but it gives to the paper an astonishing momentum of thought and principle